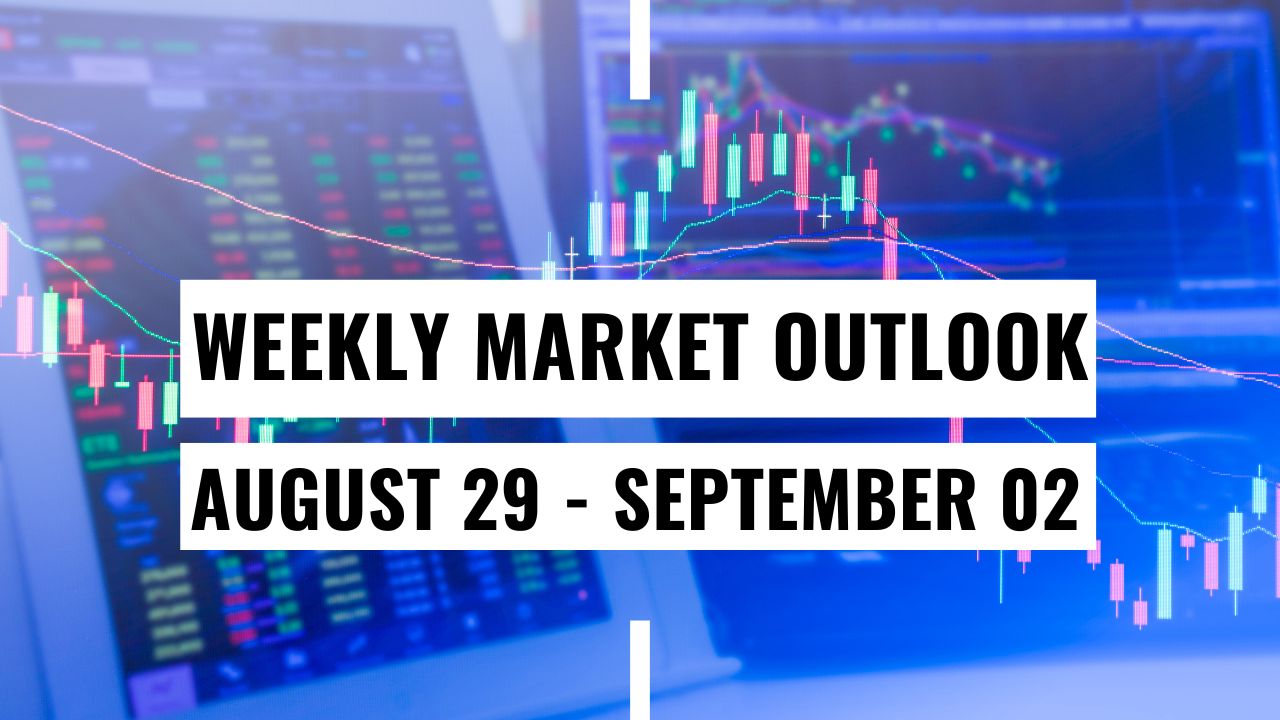 Nifty started the week gone by on a negative note following the global cues and corrected with another gap down on Tuesday. However, the markets recovered some of the losses from the lows and consolidated towards the end to close above 17550 with a weekly loss of over a percent.

Nifty has recently rallied sharply without any meaningful correction and it almost reclaimed the 18000 mark. However, the index now seems to have entered a corrective phase and it ended the first corrective leg around the ’20 DEMA’ at 17350. The index has then formed a range in last couple of sessions and has ended above the moving average support. If we look at the rollover data of expiry, both Nifty and Bank Nifty have witnessed higher than average rollover. In the August series, the market rallied due to long formations and looking at the September series premiums, it seems that traders have mostly rolled over long positions. However, it we look at the FII’s data, they have unwound long positions have rolled over bearish bets to the new series with just 35 percent long positions and 65 percent short positions. This indicates that most of the long rollovers are from retail traders. On the other hand, the Dollar index has seen a resumption of its uptrend which does not well for the emerging markets. Also, the momentum readings on the daily chart have given a negative crossover on the daily chart.

Looking at the above factors, the upside seems to be very limited in the near term and if we break the ’20 DEMA’ which is now placed at 17418, then lot of these long positions which have been rolled from August to September series could see unwinding. Hence, until the markets again break the hurdle of 17800 and 18000, we advise traders to avoid aggressive long trades. On the flipside, a close below the above mentioned 20 DEMA support could lead to next leg of down move which could extend towards 17100. Hence, once this support breaks, traders should look short opportunities from a short term perspective.